So I had this idea to make the simplest pineapple cupcake ever based on these easiest/healthiest/yummiest ever chocolate cupcakes with crushed pineapple in place of the dates. Because dates and crushed pineapple are practically the same thing, right?

Batch #1 came out of the oven looking…okay. Looking like cupcakes that hadn’t quite hit their fluffy dome-top growth spurt yet. Then I picked one up. And realized it had the density of fudge. Fudge made out of rocks (recipe loosely adapted from Hagrid, of course). And while I love fudge, cupcake-shaped pineapple fudge was not the plan. Now pineapple-shaped cupcake fudge, that would’ve been a different story…

But the plan for this recipe was fluffy and frosting-worthy and golden gosh darnit!

So I nixed the dump-an-entire-can-of-crushed-pineapple-in-the-batter part of the recipe, and went halfsies with dates and crushed pineappple. The second batch was sweeter and softer and all around more scrumptious, but the color was a little meh. So I added turmeric to batch #3 and they glowed! And I frosted them and smushed coarsely-shredded coconut all over their perfect little domed heads because that felt like the tropically-appropriate thing to do. And they tasted like paradise if paradise were made of really yummy cake.

Blending the batter. Before you scurry off to make these, we need to talk about blending. Specifically over-blending the batter after you add the flour and the sad gummy texture that will result. So if you want fluffyamazing cupcakes, you have to blend for just the briefest of moments.

On the first blend with just the fruits and liquids, blend till your heart’s content and your mixture is chunk-free. But after you add the flour, blend carefully. If you hit the ten second mark you have gone way too far my friend. Even if there are still a few little bits of un-mixed flour stuck to the sides of the blender, just stir those in by hand to be on the safe side.

The name Pineapple Coconut Turmeric Cupcakes felt like way too many descriptors for a lil golden cup of cake, so one of those words had to be voted off this island. Alas, coconut drew the short palm frond. Actually pineapple had fruity immunity and turmeric made them 17 times prettier to look at especially when the sun hits those fluffy insides juuuuuust right, so coconut was the only choice. Coconut, you understand. I’ll give you a special “with…” mention on the pin. Promise.

The cupcakes themselves are not overly sweet since the only sugar in them is fruit sugar, that’s why I love a not-small serving of coconut whipped cream frosting on top. You could drizzle them with this lemony (but actually secretly pineapple based…shhhh) glaze lusciousness instead. Or you could just leave them naked and call them muffins if it makes ya happy. Your choice–I pass the baking baton to you. By the way the baton is a pineapple, so go make cupcakes with it. Also watch out for the pokey bits.

These Pineapple Turmeric Cupcakes are a healthy tropical treat with a superfood sunshine glow and fluffy-sweet coconut frosting!

*Or you can use a couple of these little cans of coconut cream, they tend to have even better texture for frosting

More golden turmeric magic…
-Glowing pancakes to wake you up sunshine style
-Or maybe a cold frosty frappe is more your morning thing
-The name might read lemon, but between you and me it’s actually turmeric that deserves most of the color credit
-The brightest sprinkle of the whole rainbow bunch 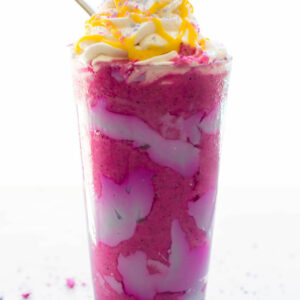 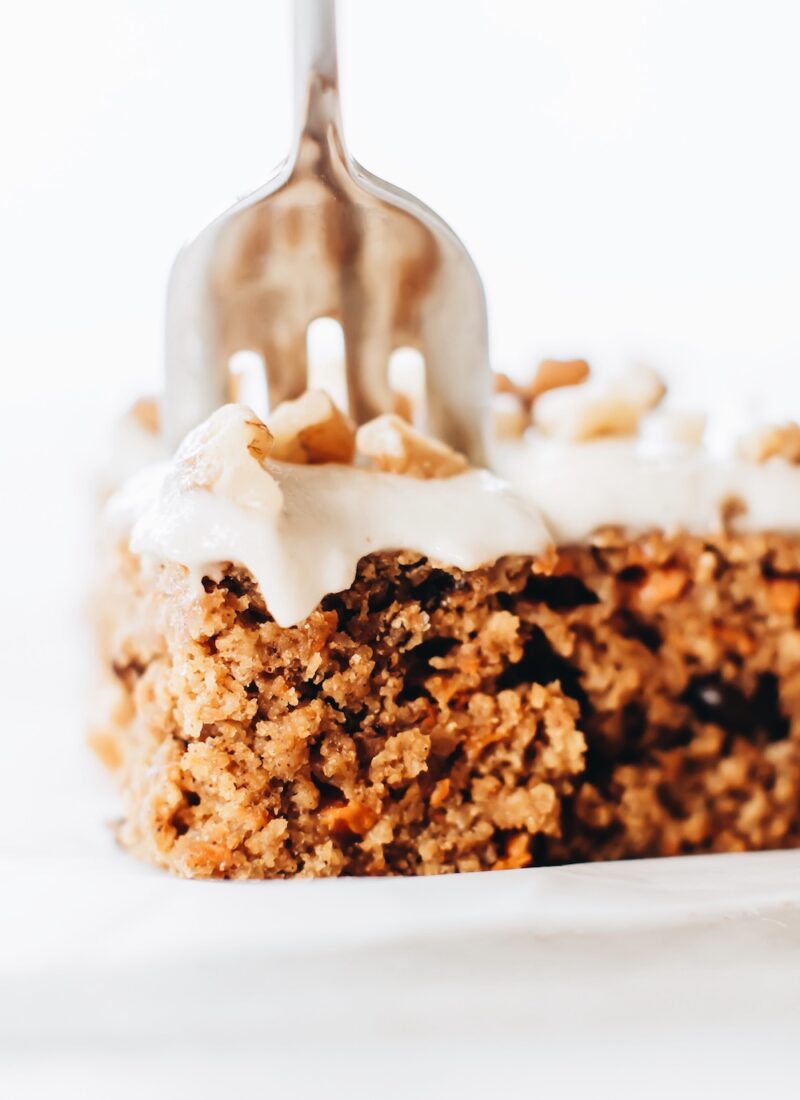