Fluffy and fruity with all the fall feels – these Baked Apple Cider Donuts are just the cozy thing. Made with oat or almond flour and a delicious dusting of cinnamon sugar!

Comin’ atcha the day before Halloween with something very not candy corn. Not pumpkin shaped. Not chocolate coated or fun-sized. Muffins with a hole poked out of the middle are sounding almost sophisticated now, huh?

In essence that’s all a baked donut really is, a muffin minus the center. But in reality – soft sweet ring of scrumptious reality – they are so much more. More fun. More dessert. More glaze-able or sugar coat-able. More make you smile and reach for seconds 11 times out of 10.

I’m not going to tell you that donuts > candy. That would be a very tough sell considering the current state of the food internet and how good THESE are. But I may show you a few kinda really irresistible donut closeups that say it for me.

So I didn’t know apple cider donuts were a thing. I mean there really are no limits to what can be a donut thing, but apple cider is apparently a classic flavor that people seek out. Like if you type “apple cider” into google “…donuts” is the third suggestion that pops up right after “…vinegar” and “…sangria”.

I blame my ignorance on birthplace since I do believe they are of New England origin, but it’s never to late to try a new donut. Even if Florida may not be the mecca of apple cider mills, Trader Joe’s honeycrisp cider and BYODP (DP = donut pan) and we’re in business.

I don’t know why cider and not juice. I don’t know if what I used was actually cider or juice pretending (honestly either will work). But these Baked Apple Cider Donuts are delightful and have been filing my kitchen with all the fruity fluffy fall feels for the past few days and I don’t ever want it to end. Ever. Endless apple cider donuts plz.

I do not regret a drop of apple cider or speck of almond flour it took to get these deliciously spiced donuts just right. But there were a LOT of drops and specks involved. It wasn’t the ingredients so much as the baking logistics. See the donut pan loved them soooooo much it didn’t want to let them go. Even if I let them cool completely. Even if I generously sprayed with coconut oil. Even if I told the pan if it cooperated I’d give it a cookie. I know, I know – bribery is not the answer.

But here’s the nonsensical thing: the oat flour version DOESN’T STICK. It’s just the almond flour version that only comes out in crumbles. Why? No clue. Logically one would think almond flour = higher fat = less sticking. Not true friends, not true.

So here are your tried and tested options:

Whether you choose to use almond or oat flour, I suggest spraying or coating the pan with coconut oil just to be safe. The oat flour version has a chewier almost gluten-like texture, while the almond flour version is more delicate and cake-like. Both are incredibly moist and tender courtesy of Medjool dates and almond butter. I love them equally and in a side-by-side would choose solely based on which one is wearing the most cinnamon sugar.

(BTW the minis in these photos are the almond flour and the full size are oat.)

The cinnamon sugar is optional (but totally and completely necessary because cinnamon + sugar ♡). Organic cane sugar mixed with a teaspoon or so of cinnamon works best. Coconut sugar is not the best choice here unless you plan to eat them immediately as it begins to dissolve into the donuts within minutes.

A quick note! I’ve been getting a handful of messages recently about almond flour baked things coming out mushy or not cooking through completely. This is almost always due to the batter being too moist, a.k.a. not enough flour. When measuring almond flour you do want to pack it in the cup a little bit, or better yet go by the weight measurement just to be safe. With these donuts and almost every other almond flour recipe I’ve posted, the batter should be quite thick. If you can pour it as opposed to scoop it into the pan then that’s a problem and you need more flour.

You deserve better than a plastic-wrapped chocolate peanut butter pumpkin. You deserve a damn donut with all the cinnamon sugar as your heart desires. Donut let anyone tell you otherwise.

Fluffy and fruity with all the fall feels – these Baked Apple Cider Donuts are just the cozy thing. Made with oat or almond flour and a delicious dusting of cinnamon sugar!

*You can skip this, but the texture and moisture will not be as nice.

**For the grain-free option, replace the oat flour with 1 1/2 cups (180g) almond flour. If not measuring by weight, be sure to pack the cup measure.

***You can skip this for the oat flour option although they may be slightly gummier. I do not recommend skipping for the almond flour version, but you can sub with arrowroot or cornstarch. 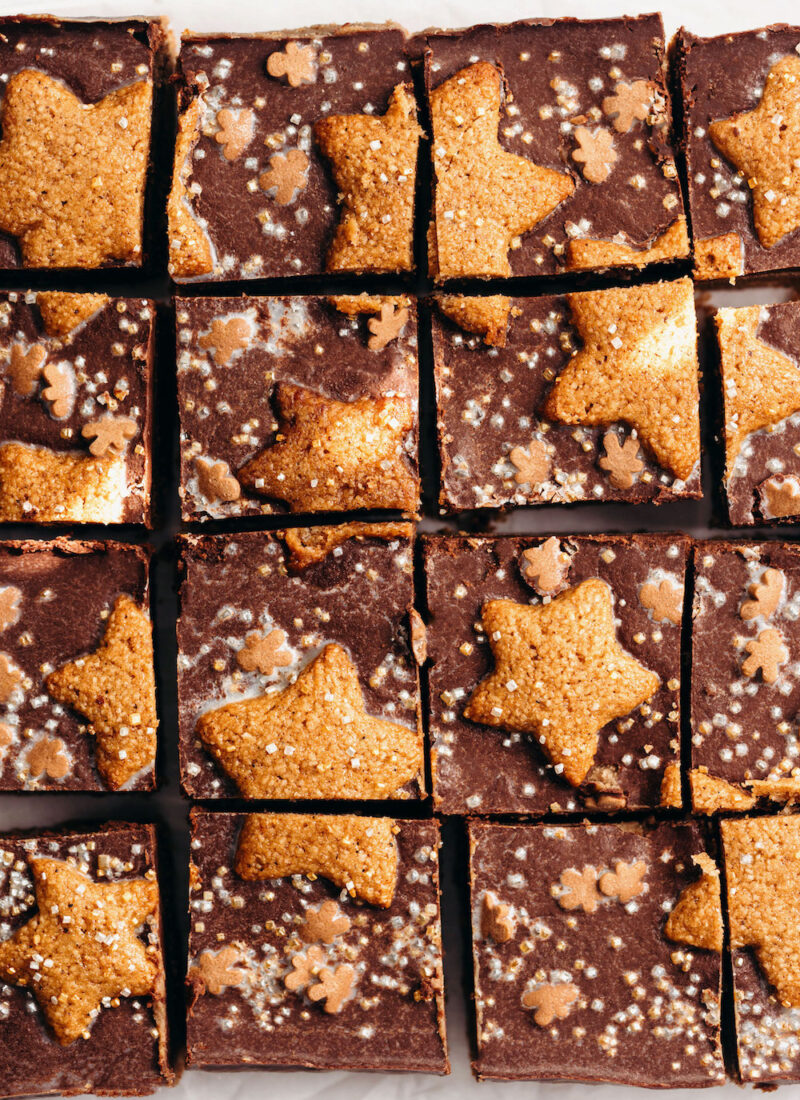 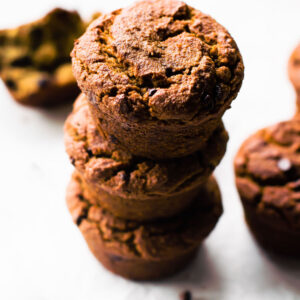 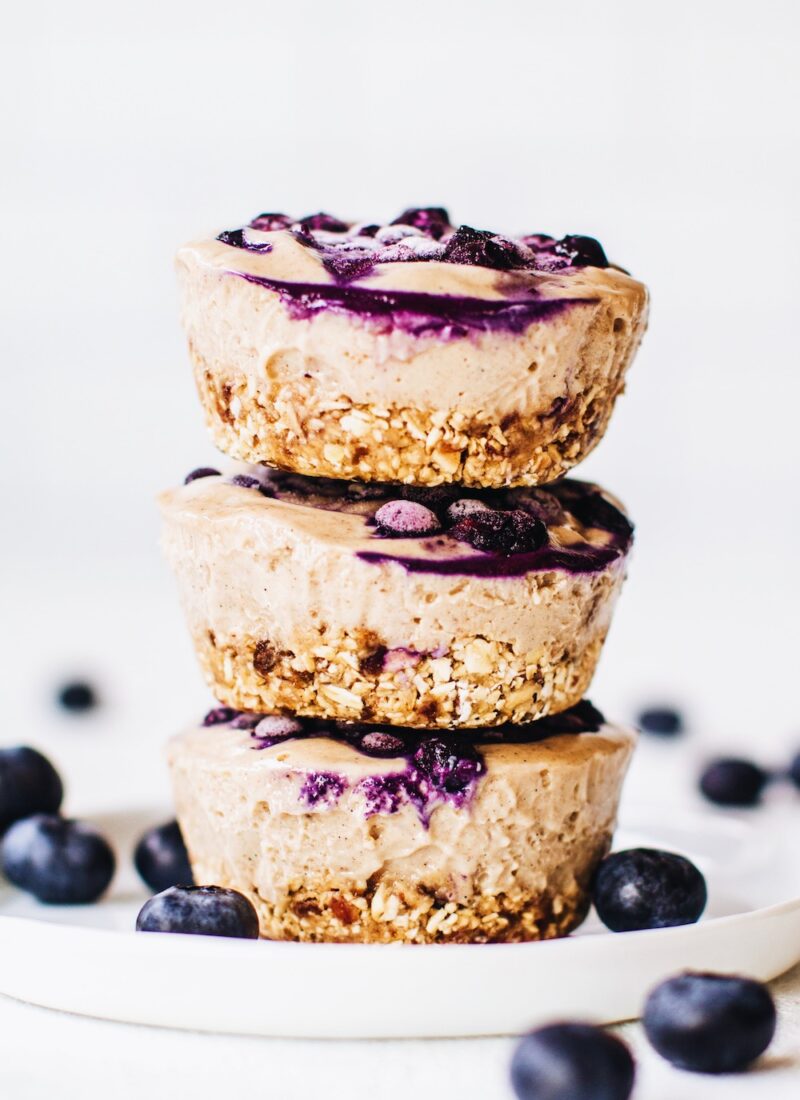