UPDATE: I have recreated these tortillas, new recipe here! The new version is easier to work with, more flexible, tastes better, and doesn’t require potato starch.

Tortillas are so simple, yet so perfect. I really wanted an easy, fat-free, gluten-free tortilla recipe without an array of ingredients like tapioca starch or guar gum or xanthan gum. After a bit of experimentation, I’ve come up with one that I love. These tortillas use brown rice flour instead of wheat flour, and potato starch as the “glue”. Since there is no gluten, something has to hold it all together.

Potato flour, not potato starch: There is a difference. Potato flour is made from cooked potatoes, that are dried and ground into a fine flour. It contains both the flesh and peel of the potato. Potato starch is made from peeled, uncooked, dried, ground-up potatoes. Since it has been cooked, potato flour has more potato flavor and absorbs more water. I used Bob’s Red Mill potato flour because the only ingredient is potato, and that is lovely.

What now? Once you have a fresh batch of these in your fridge, the sky’s the limit. There are tons of delicious things you can make from a simple tortilla. And if you aren’t full of ideas like me, don’t worry I have some recipes coming up featuring them. Here are just a few ideas to get you started:

A tortilla-making video too: 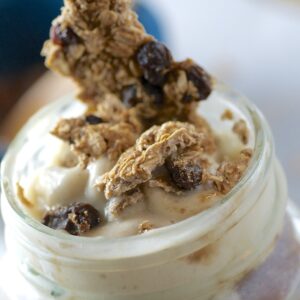