I considered skipping St. Patty’s Day entirely in terms of a themed treat–there are so many healthy shamrock shake recipes out there already. But the idea to add chocolate to the shamrock and sneak veggies into both layers persuaded me to not pass up the minty green occasion. Also the concept of coating a jar in copious amounts of chocolate may have had something to do with it. For presentation purposes of course.

I have missed making multi-layered milkshakes and frozen fruity jars these past few chilly months. Filling up a glass with countless shades of sweet and sprinkled-in things is always one of the most fun kitchen creation processes. It’s March now. It’s spring soon. It’s time to bring back the frosty beverages and bowls, I think. This Mint Chocolate Shamrock Smoothie could reasonably replace your morning green smoothie (well minus the chocolate drips maybe). Veggie colored, fruit sweetened, and a little chocolate with breakfast never hurt anybody. And when it comes to veggie count this one may actually win with two veggies blended in, not just the spinach you are expecting. I’ve seen this smoothie trick of trend for a while now, but had yet to try it for myself. Pack in extra veggies while making the smoothie extra thick? Um YEAH! And it’s already an established fact that I am not opposed to cauliflower as chocolate.

As you can see in the video it really boosts up the frosty texture, and you cannot taste it. Or if you can taste it then you clearly did not add enough cacao powder.

Except for that one unexpected add-in, I kept everything else simple. Minimal ingredients. Standard smoothie stuff. Your smoothies always involve piped coffeehouse-style whipped toppings, shaved chocolate, and fresh herb garnishes too, right?

A two veggie, two tone, almost too pretty to eat treat for two! 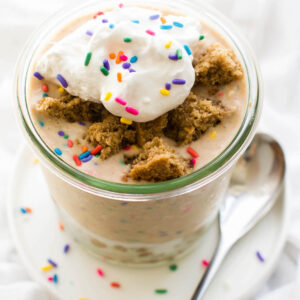 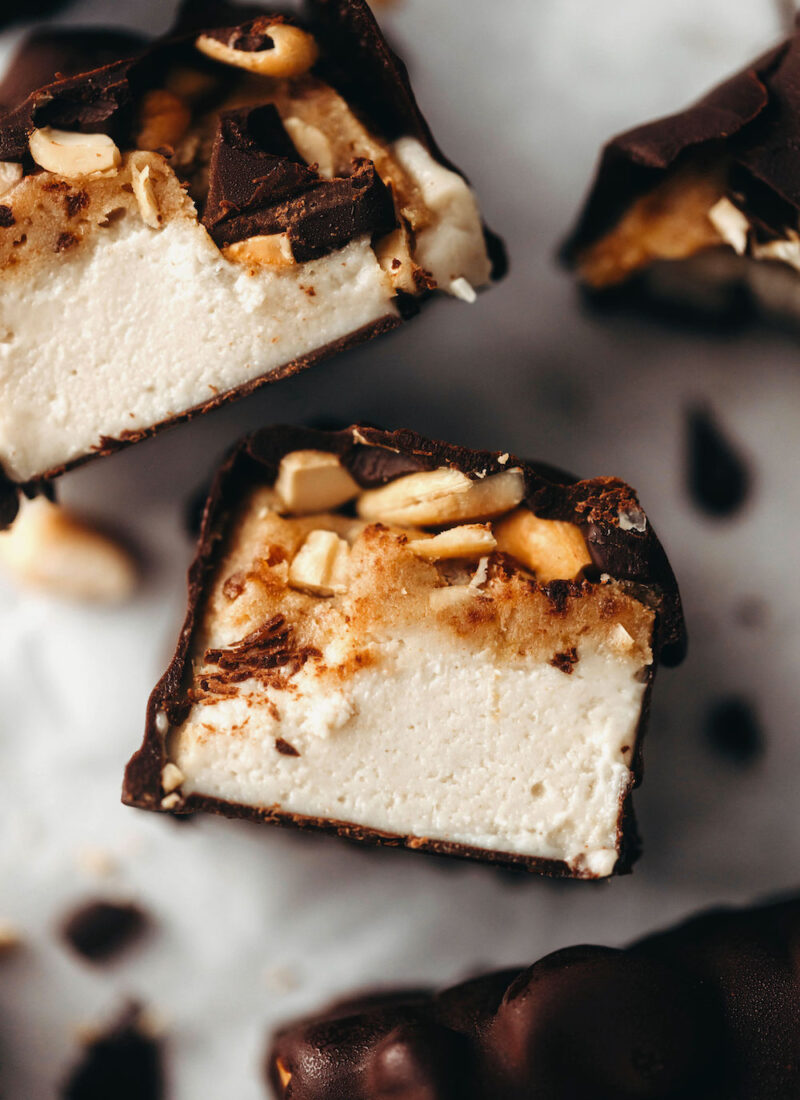