The most elusive color in the edible world: blue. Every other component of the rainbow can be created quite easily with veggies and fruits, but blue foods are hard to come by. Well unless you go order a bottle of food coloring gel in the shade royal blue off of Amazon for three dollars, that’s about as easy as it gets. But when an ingredient label has numbers in it, I tend to shy away.

For a while I had heard murmur of using red cabbage + baking soda to create a natural blue food coloring, but it sounded weird and hard and intimidating. Then I got a crazy cake recipe idea that required edible blue and was too fun not to pursue, so cabbage method here I come!

And now that I’ve done it, I have to admit it’s actually not that hard. Not worth procrastinating for this long. A little time consuming, maybe. But not much active time, mostly just watching a pot boil.

I’m sure I’m not the only one who has been yearning for blue smoothies and frostings and puddings without artificial ingredients and that don’t taste like spirulina, so I thought I would make a video tutorial along with step by step instructions showing you how to do it too.

This method for natural blue food coloring uses two of the cheapest ingredients around and makes about 1/2 cup (which will keep in the fridge and go a long way). So a couple of hours now and you’ll have blue food for daysssss.

Step 1: Chop up an entire head of red cabbage. It doesn’t have to be finely diced or anything fancy, just roughly chop.

Step 2: Add to a large pot with enough water to cover it. It took about 8 cups of water for me.

Step 3: Boil for 20 mins. Strain out the cabbage. Return the purple water to the pot. (That is A LOT of cabbage you now have on your hands, so make a salad, make a stir-fry, compost it, put it in your pampered pup’s homemade meals–it’s your call.)

Step 4: Reduce this liquid to between 1/3 and 1/2 cup. This will concentrate the color and allow you to use just a teaspoon as opposed to an entire cup of liquid to get the same intensity of color. It took about 1 hour and 15 minutes of boiling for me.

Step 5: Let it cool, then transfer to a glass jar. Glass is important so you can see the color change.

Step 6: Add baking soda 1/8 tsp at a time, stirring in between. If it bubbles up, I suggest letting the bubbles subside before continuing so you can see the true color. Keep adding until the color turns from purple to blue. Try to not exceed 1/2 teaspoon total or it will start to taste metallic and salty.

Step 7: Test the color in a small glass of coconut or almond milk. It’s easier to see the color in something white. If it’s too purple add more baking soda. If it’s getting close to green then you added too much baking soda. You can add a little acid to push it back towards blue.

Step 8: Store in the refrigerator for up to 2 weeks. It might be fine for even longer, I just haven’t had time to test it yet.

And here’s a video tutorial because seeing it the process always makes it things simpler!

You can use this natural blue food coloring to make the most beautiful blue smoothies, smoothie bowls, ice cream, coconut whipped cream, frostings, raw “cheese”cakes, coconut sprinkles, and more! Or this little chocolate + blue jar which I will leave the recipe for below.

I will mention, in banana-based things it comes out much more purple than blue due to the slight yellow color of bananas. It is better in things that are actually white, with a base of coconut, cashew, or non-dairy milk. 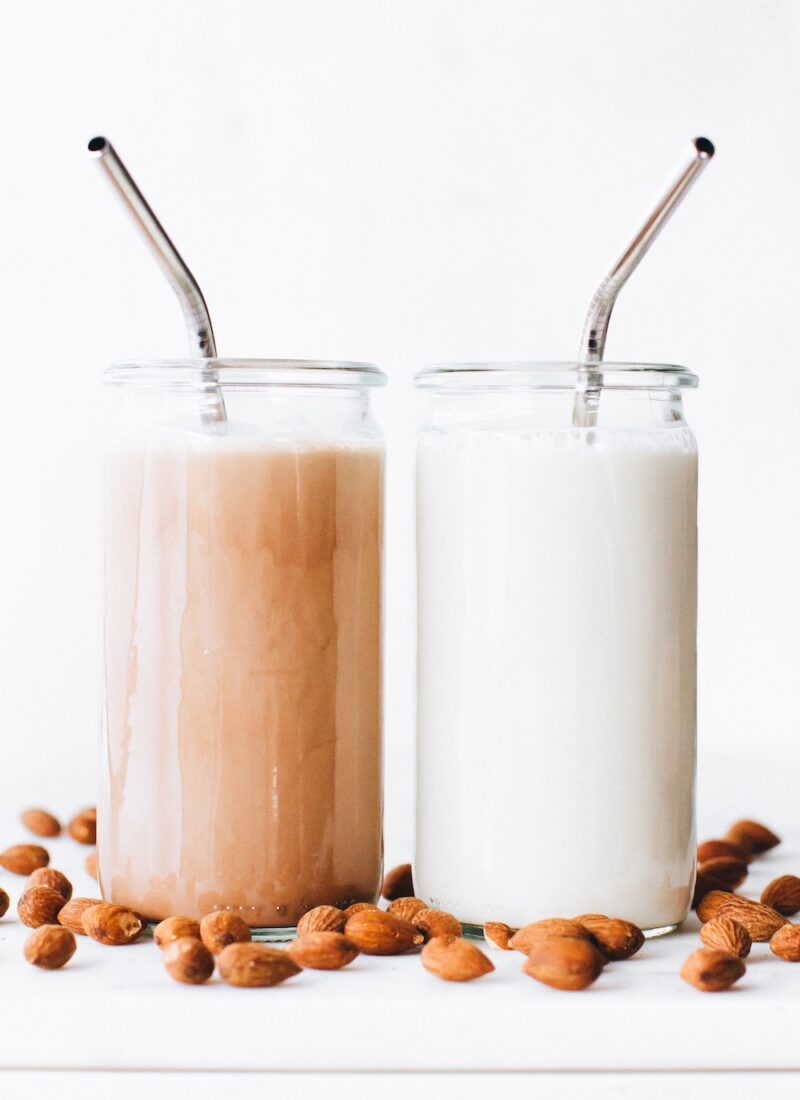 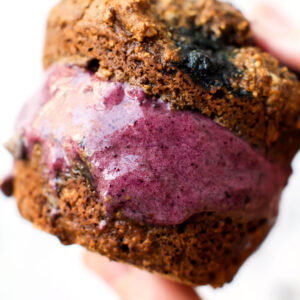